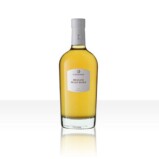 If Chantilly was his greatest creation,which he wanted to keep intact also for the future, he also deeply loved his other creations, namely The Palazzo d’Orleans in Palermo and the Feudo dello Zucco in Terrasini where he often entertained.
The extension of the building that will be the Palazzo d’Aumale in Terrasini became necessary as a support on the seashore to the Zucco estate to allow a smoother running of agricultural products to the maritime trade. Its construction began in 1835 by Don Vincenzo Grifeo, Duke of Floridia and Prince of Partanna, with the aim of setting up warehouses for storing wine. A few years earlier, in February 1832, an act was signed by the notary Joseph Cataldo of Terrasini with which local fishermen conceded to the use by the Prince of Partanna their land for the construction of the building. The building was built with the typological characteristics of the agricultural and commercial structures of the Bourbon period in the style of the Bourbon cellar in Partinico.
In 1860 Aumale built an elevation to the building that overlooked the beach “Praiola”. The palace was used by the Prince as a storage warehouse and was also inhabited during the loading of the sailing ships. A viaduct carried the mash which was located in the reservoirs under the sea floor to be loaded into the ships for transport.
Land transportation was assured by the wagons which departed daily from Zucco station directly to France, where the wine produced here was especially appreciated. The grape variety Inzolia cultivated in Zucco was native and produced a wine that could reach 18-20 percent with an extraordinary fragrance. Moreover, it also produced an excellent Moscato which named Zucco as the place of origin.

Now the Winery Cusumano Cheh decided to bring back this delicious nectar, calling it the Moscato dello Zucco.